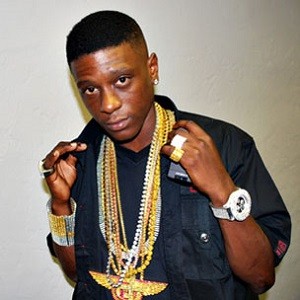 Torrence Hatch, known professionally as Boosie Badazz (formerly known as Lil Boosie), is an American rapper. Hatch was bestowed the nickname Boosie by his family, and he was raised in Southside Baton Rouge. As Boosie, he has released numerous regular studio albums while also contributing to a number of mixtapes and compilations.

Hatch was incarcerated in the Louisiana State Penitentiary from 2009 to 2014, having been sentenced to eight years in prison after pleading guilty to drug charges. He was released early on March 5, 2014. On October 20, 2014, Lil' Boosie officially changed his stage name to "Boosie Badazz".