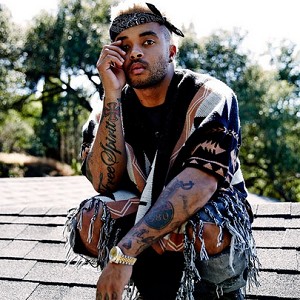 Robert Clifton Brackins III, better known by his stage name Bobby Brackins, is an American rapper, producer, and songwriter. Brackins was born in Berkeley, California, but was primarily raised in East Oakland, California. He is best known by his hit single "143", featuring Ray J, which reached number 84 on the Billboard Hot 100 chart. He is also a songwriter, who co-wrote Tinashe's single "2 On" and Chris Brown's hit "Loyal". Brackins also co-wrote and featured on Ray J's controversial track "I Hit It First" which sold over 100,000 copies independently. Aside from writing and producing for other musicians, Brackins has a solo career. His most recent releases include his extended play titled To Live For, which was released on May 13, 2016. The EP features singles such as "Hot Box", featuring rapper G-Eazy and Mila J, and "My Jam" which features Disney channel star Zendaya and Jeremih. The EP also includes features from former "2AM Club" member Marc E. Bassy, Austin Mahone, Ty Dolla $ign, Eric Bellinger, and Mina.