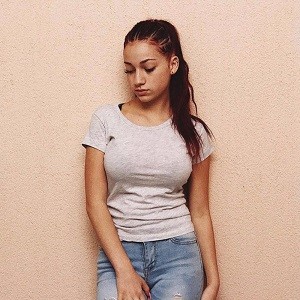 Danielle Bregoli, also known by her stage name Bhad Bhabie, is an American rapper and social media personality. She became known for the viral video meme and catch phrase "cash me outside, how ‘bout dat?” after appearing on an episode of Dr. Phil in September 2016. In 2017, her debut single as a recording artist, "These Heaux", reached number 77 on the Billboard Hot 100, making Bregoli the youngest female rap artist to debut on the music chart. She subsequently signed a record deal with Atlantic Records.