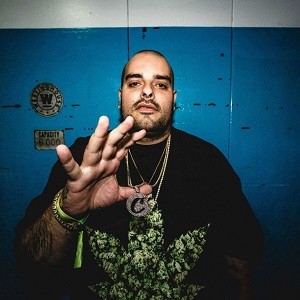 Mac Dre. Too $hort. E-40. These are some of the names that come to mind when you think of Bay area rap. Now, San Francisco native, Gilbert Milam Jr., better known in the rap game simply as, Berner, has his eye set at being the next great artist to put on for the Bay. Starting off participating in rap battles at local coffee shops and open mic nights in the San Francisco area in 2007, Berner took things to the next level by turning his passion into his career.

This story truly embodies every aspect of the phrase “grassroots.” After creating his own label, Bern One Entertainment, Berner soon after released his debut album, “Track Money & Pack Money,” a joint effort with fellow Bay Area rapper, Equipto. A true testament to his never-ending grind, Berner has released 10 independent albums, several of which have charted on Billboard’s “Top Rap Albums” chart.

In March 2012, Berner teamed up with Wiz Khalifa and signed to his Taylor Gang Records, joining the thriving roster which includes the likes of Chevy Woods, Juicy J, Lola Monroe, Courtney Noelle, Tuki Carter and more. “Urban Farmer,” Berner’s first collection to be released on Taylor Gang Records, was released on October 2, 2012 and quickly took the Internet by storm. “Urban Farmer” captures the essence of Bay Area rap on tracks such as “Shut Up (feat. Chris Brown & Problem).”

With an impressive list of artist collaborations on his resume, ranging from rap legends Bun B and Wyclef to Chris Brown, Curren$y and even fellow Taylor Gang members Wiz Khalifa and Juicy J, Berner is showing no signs of slowing down in the near future. In fact, he’s just getting started.

Always one to master multiple entrepreneurial ventures, Berner isn’t stopping at just music. He has two lifestyle/street clothing lines in the works with “FreshKo” and “Cookies,” as well as his own line of hemp water, appropriately titled “H20.” All told, Berner is letting actions speak louder than words as he is on his way to becoming the future of the Bay Area rap scene.