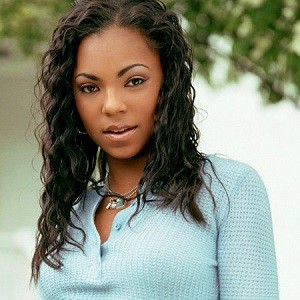 Ashanti Shequoiya Douglas is an American singer, songwriter, record producer, dancer and actress. She was first discovered as a teenager and later signed to Murder Inc. Records in 2001. That year, she was featured on Fat Joe's "What's Luv?" and Ja Rule's "Always on Time", both of which became two of the biggest hit songs of 2002; Ashanti became the first female artist to occupy the top two positions on the U.S. Billboard Hot 100 chart simultaneously when "Always on Time" and "What's Luv?" were at numbers one and two, respectively.

In 2002, Ashanti released her eponymous debut album, which sold over 505,000 copies throughout the U.S. in its first week of release. The album earned her many awards, including eight Billboard Music Awards, two American Music Awards, and a Grammy Award in 2003 for Best Contemporary R&B Album. The album has since been certified triple platinum in the United States and sold six million copies worldwide. The lead single for the album, "Foolish", was a critical and commercial success; it reached number one on the Billboard Hot 100. With "Foolish", she became the second artist (after The Beatles) to have their first three chart entries in the top ten of the Billboard Hot 100 simultaneously. Ashanti wrote and sang background on Jennifer Lopez's "Ain't It Funny (Murder Remix)", which also reached number one on the Billboard Hot 100.

In 2004, Ashanti released her third studio album, Concrete Rose, the title of which took on Tupac Shakur's pseudonym "The Rose That Grew from Concrete". The album debuted at number seven in the U.S., with first-week sales of 254,000 copies, and eventually became her third platinum certified album. The first single, "Only U", reached number thirteen on the Billboard Hot 100 and became her biggest hit in the United Kingdom, peaking at number two. A second single, the ballad "Don't Let Them", garnered little chart success after Def Jam refused to fund a music video due to Irv Gotti's legal troubles during his money laundering trial. Her subsequent albums, including The Declaration (2008) and Braveheart (2014), the latter of which was released independently, were less successful.Throughout her career, Ashanti has sold over 15 million records worldwide.