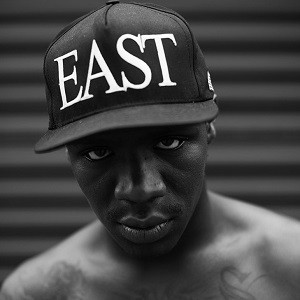 ASAP TyY may hail from the legendary streets of Harlem, but that never completely defined him. Whether it be riding his infamous ATV through the streets of NYC or in the studio creating new music, TyY has constantly bobbed and weaved past expectations. As a rapper, unpredictability remains his only calling card. On his A$AP MOB released, debut mixtape “BEST KEPT SECRET”, it's clear he’s got his own musical domain on lock.

Building quite the buzz for himself on the internet this past year ASAP TyY has pumped out a debut mixtape and numerous hard hitting tracks, which has lead to him gaining heavy media coverage from powerhouses such as Revolt TV; XXL; Fader; BET; Vice Magazine and Complex Magazine among others.

Ultimately, ASAP TyY is beginning to leave his own legacy not only from the ranks within the A$AP Mob camp, but in the fashion, art and music industries as well.  #ASAPLIFESTYLE