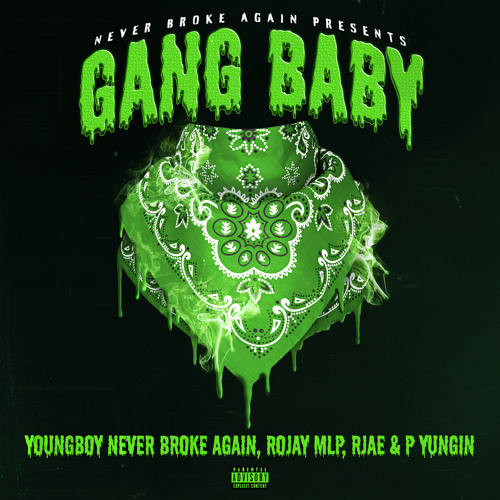 [Intro]
These boys got elevated, haha
Ayo, Dzimi got the sauce, boy
JR, you trippin'

[Verse 1: YoungBoy Never Broke Again]
Dirty cutter, I get caught with it, state property
Gang baby, I was locked down up in Lake Providence
Fresh out the pen', lead in that pen, you could ride to this
Real gun smoke, them niggas know they hide from this
Huh, I wet the whole Chevelle, been on they trail

[Verse 2: Rojay MLP & RJAE]
Bitch, you better not tell, I got shit for sell
Plus I got some shit that ring your bell
Say it won't never fail
That package that I sеnt, handle with care
Put that on the scalе, need a whole bunch of tape to wrap a bale
Uh, fuck that shit, fuck that shit, I'm up now
Ayy, I heard them niggas out here watchin' cause I'm on now
Uh, they heard I got that dope so now they tappin' phones now
Uh, they see that paper so they won't leave me alone now
Fuck it though
Fuck the feds, I'ma be the one that's gon' kick down your door
You can't hear me when I'm creepin' cause I'm on my tippy toes
This forty leave you stiffer than a fucked ho
All we inhale is gun smoke, watch action from the front row, yeah
[Verse 3: P Yungin]
I'ma hop out in the party, I'ma kill you and your kinfolk
I leave a nigga down and leave him red like some hot cheetos
And if you speak on me, don't give a fuck if you my people
I'ma roll a nigga up like I was rollin' up a taco
Fuck it, hop out make them Glocks blow
And bitch, this choppa got a stock on it
No serial code, but I pull up in a lockout
Punish him, I hit 'em up like I was Tupac, though
Trigger finger itchin' to squeeze it, this gon' fuck your dawg

[Verse 4: Rojay MLP & RJAE]
Okay, PY 'dem where them straps? Yeah, I'm back, yeah
Don't give a fuck 'bout what you say
Because I know that it's all cap, yeah
Uh, I run it up a couple laps, yeah
I spinned the block too many times
But fuck that shit, youngin, I might just double-back, yeah
Okay, bing bong, bullets hittin' everywhere they ricochet
I'm a menace to society, I'm hated by the ministry
Okay, them bullets burn
I just send it to him, let that nigga bake
He can't never say he never saw it comin'
Put it in his face
My gun be tryna fuck with somethin', just let the cutter cut
I can't leave without it, it come in handy like Kobe in the clutch
Don't be afraid to jump right in, nigga this ain't no double dutch
Where I'm from, we was trained to kill, who want war with us?
Whole lot of redrum from me, sip it 'til it's gone
A lot of bodies is what you gon' see, bullets bigger than my thumb
Don't make me have to clap this bitch
Make sure that the job is done
Can't let you double-back on me, I only gotta do it once
[Outro: P Yungin]
Bitch, it's up, bitch, you know it's done
Bitch, you know it's up
I ain't gotta say no words
Once you move, they leave you stuck
Leave your body on the curb
Speaking out your top, you must got nuts
No, I ain't trippin', we gon' swerve
I don't give a fuck, make your tail tuck
YoungBoy Never Broke Again Rojay MLP P Yungin
Hottest Songs