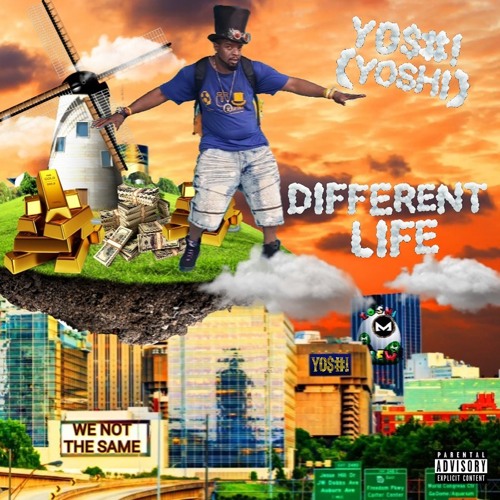 Give Rating
Atlanta-based rapper Y0$#! (Yoshi) is back with “Different Life”, a brand new single off of his upcoming release Goofi Juice 7 – The Great Goofi Juice. The Cincinnati, Ohio native has teamed up with producer Teezy on the Track to create a song that tells a tale of hard work, dedication, and the pride found in making your own success. Mixed and recorded by Mill Runna Studios, “Different Life” is an exciting first taste of what promises to be a great album.

With an almost dreamlike electronic intro, the production sets the scene for this fairytale with a twist. Instead of the typical rags to riches story at the hands of a magical entity, “Different Life” lays out the truth behind success: hard work and good business decisions. Y0$#! repeats “We not the same” with a rhythmic echo as the lyrics lay out the differences between a life of focus versus a life of distraction. Y0$#!’s powerful and straight-forward delivery is almost a call to action; this song will make you want to get your priorities straight.
Yoshi
Hottest Songs