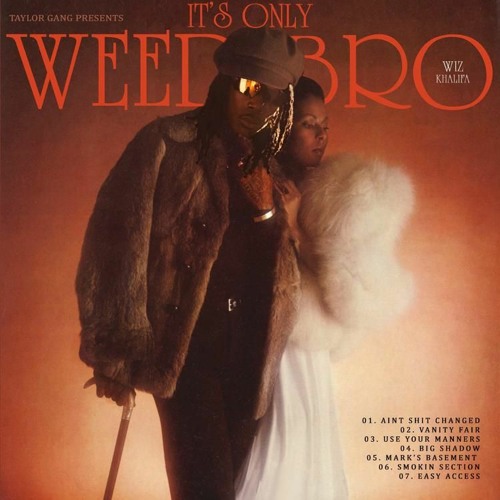 Tss
So she ran up on me and she was like "Damn, I miss you"
I had to tell the young lady
"You can't miss what you still have
See, can't nobody take your spot
You don't miss me, you just missing' out"
Ha-ha-ha

Uh, I got you open off the words I spit
They tired of the rest, they need some gangster shit
Say I'm the best once the weed get lit
Don't leave your girl around me cause she might get hit
I rock Celine and all types of shit
At night, we in the studio, where mics get ripped
Doing my thing like a titan
These niggas' mouth hurt from all the biting
Niggas soft, I ain't nothing like 'em, don't need 'em
Say they my man but I don't believe 'em
I'm getting tanned with a Puertorican
Dropping new shit for my fans
Rings on the fingers, we them champs
Pull up to the party, high as fuck, I roll up in advance
I already know you niggas fake, never trust you again
Keep a lil' McQueen in my cup, Taylor cuff in my pants
'Nother red carpet, if they hit you up when I land

It's Only Weed Bro
Ha-ha-ha-ha!
Relax
It's only weed