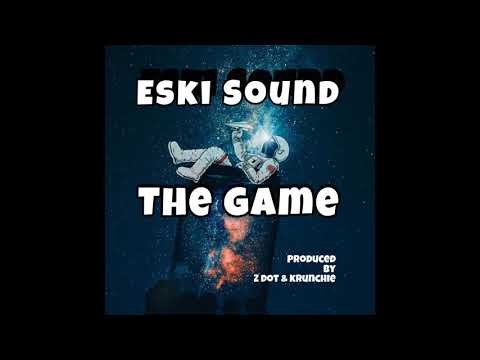 I ain't gotta stand up with a hundred odd man (Nope)
Even though I can (Yah)
Gotta be a one-man band
On the road I rise my own hand
Grime, boy better know, I'm sticking to the plan
Fireman Sam, gotta put out the fire
And stack 'em in my van (You hear that)
I won't call Danny Weed or Flowdan
I pull up to the spot, like, "Where's your top man?"
It could be an all-day or a nightclub jam (Jeez)
Still stand
Selling my moments to all of my fans (Yah)
Are you mad? Gotta get the bag
Your bruddas must think I wanna sit around here playing tag (No way)
Like I knew you're not bad
I'm outside, on every patch
Here's the catch
London's that city with the dads
But you wanna be greedy and you wanna act bad (Brap)
Came in the game, no Ghetts and no Kane (Nope)
If you see me in the street, it's cool, no fame (Tell 'em)
I ain't doing all the spittin' for jokes, I want games (Tell 'em)
You don't really wanna stand up with me on my rage (Ayy, ayy)
You're sly round the game like a weasel (Weasel)
I couldn't care if you did adverbs or Ladbrokes or Diesel (Haha)
What I stand for is this, barring
Forget the um-ing and the ah-ing (Yah)
I'm a cold body, don't trust nobody (Nope)
Same spirit in my young and my old body (Yah)
You don't know yet, don't know Bobby (Know Bobby)
I got the juice like the film and Yo Gotti (Yo Gotti)
I changed it round, you couldn't roll on me
I'm never gonna let a bredda take my soul from me (Don't let him do it)
I don't want the powers controlling me
Or having a hold on me
I stepped in it with badman riddims (Yah), bludclart lyrics (Yah)
Buss a likkle science (Yah), buss a likkle physics (Yah)
From the day that grime started, I was in it to win it (Jeez)
It's 2020, don't ask for my digits (Digits)
Bun that, 'cause we run this (Run it)
No other MC has ever done this (Never done this)
I make music (Music), I make history (History)
I go away, come back and ask if they miss me
Yeah, had nothing
But I'll leave the game with a lot, no bluffing
Even though I used to sit in the back of the classroom
With all my best mates just cussing (Bap-bap, bap-bap)
Call me what you want, it's nothing (Nothing)
Face to face bro, you don't want
(You don't want) You don't want nothing
So you better stop huffing and puffing
You don't wanna see me get crazy, bro (Yeah)
My mind works well, it ain't lazy, bro (It's not)
Everyone thinks that grime is neeky
'Til man rise the ting like Krayzie Bone
I ain't chatting for the fun, it's not Lazerdrome
You better sit down, but you wanna raise your tone
So many people try to flex
You can't bring nobody round here, take him home
I said, this ting ain't really meant for you
I don't know why anybody sent for you
I said, you rolled the dons that put you on
It's like they should be collecting rent from you
My brudda, some of us, we can't be controlled (No)
I laid a foundation for the keys you hold
If you don't stop moving funny around us
I'll change the locks, now your keys are old
If it's grime, it's all mine, shut up
Can't tell me nothing, 'cause I came from the gutter
Before you was trying to bread, I come across like a nutter
Now you gone soft like butter
It's a shame, me and you are friends
But you wanna move lame (Lame)
Two-two shoe, no, we ain't the same (Same)
I run the show, yes, I run the game (Game)
Let me take aim (Aim), I came in the game on a mission (Mission)
Some man didn't (Didn't)
Still around, so it was a real life vision (What?)
I'm a top shotta, can't sway my decision (What?)
Step onto the stage and cause a collision (What?)
I came in the game with a passion (Passion)
The same passion I had when I was mashing (Mashing)
I showed them my blueprint for free (Free)
So they can't take nuttin' from me (No)
Going on the floor to the source (To the source)
Back to the village on a horse (On a horse)
Yeah, the last shipment that came in
The other day weighs more than a horse (Than a horse)
Yo, I can't lose my sauce (Nah)
It's gotta be natural, 'cause I can't force it (Can't force it)
Why? 'Cause there's a fish in the sea
That's there right now 'cause nobody caught it (Rata-tata)