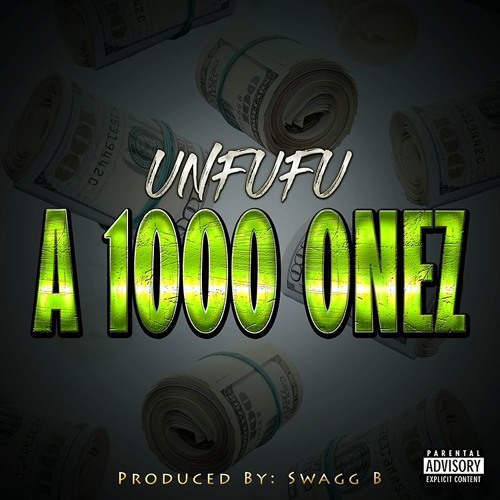 Unfufu, National Recording Artist grew up in Jacksonville, Florida with a passion for the entertainment industry in which he delivers thru his music. Known for his mixtape series "A Song A Day", Unfufu drops his latest record 1000 Onez prod by Swagg B off the 6th volume of his mixtape series. After run ins with the law, a name change, and readjusted focus, Unfufu has "nothing, but time on his hands...if he could control the time he'd put them grands in his hand" as stated on his last EP. The grind is the underlying theme in his music and his laser like focus on his priority is admirable.