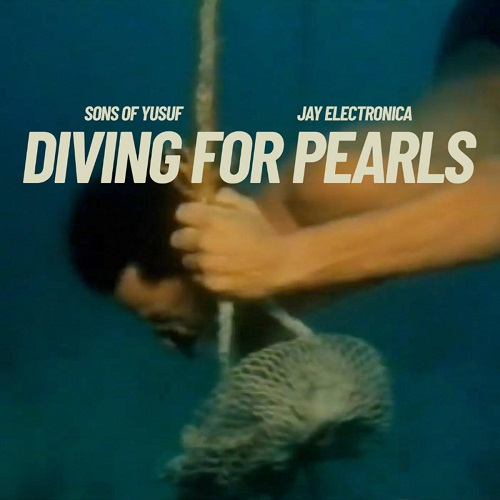 I was talking 'bout makin' a difference
They said it's all business, repentence is key (Key)
Now we livin' in marvelous times
No questions, they stressin', depressin' our seeds (Seeds)
Hakuna Matata, no problems
Excuse me, son, you do not understand (Nah)
We walk on the land of the prophets (Whoa)
Might be growin' a beard like James Harden (Yeah)
Submittin' to God, it's Islam (Islam)
I'm defendin' the peace like Mukhtar was
We divin' for pearls, you just divin' (Yeah)
Might call shotgun, no one is drivin', no
I was born in a warzone
Shit is maniacal, need some botanical
Natural, medical, shit
This is so undeniable
Horses and camels, I'm ridin' with honor
Reppin' my, not wearin' no armor
My bodyguard is the Creator
When I say "Allah", I mean the one God
We came from Adam, the same father (Father)
The name is Abdul Rahman
Slave of the merciful, most compassionate
If you don't know ask and get answer

You say "Amen" we say "Ameen" (Ameen)
You say "Hallelujah" we say "Alhamdulillah"
Akhi is my brother, Oukhti is my sister
This language has been here forever
Beautiful alphabet, you should learn Arabic
Islam is peace, logic, astronomy
No we don't do politics
That's a paradox
Grab my astrolabe and connect the dots
Ameen, Ameen

I'm with the ulama, like it's Ramadan
Subtitles on, come out of John
My name is hard to pronounce, Hakeem
Nouman Ali Khan, Rachmaninov
The only one in class who didn't eat pork
But the only one in class who went ham on a microphone
Substitute teacher would piss me off
That's not how you say my name, for the thousandth time
That's not a bomb that's a bong
I need a young
Knows how to carry a sword like it's the Hajj
She can put on a hijab, if she wants
Ya Salaam
Back in the day my grandfather was a pirate
Lookin' for pearls and rubies and gold and diamonds
Always had faith in myself like my father did
My only leader's Muhammad and know my people followed him
My pride is my everything but sometimes I have to swallow it
Like they were vitamins, we have lungs like Aquaman
Lappin' hundreds of feet deep with no oxygen
We were repressed for so long, since the Ottomans
Now we comin' back so strong, I'm thinkin
Connectin' with my ancestors like I'm chanellin'
The wakin' of the sleepin' giant from the island
After a chain of events, they blame Mohammedans
We men of honor
As soon as we finish makin' Dua'as, we divin' for pearls
You just divin'

We divin' for pearls
You just divin'

Bismillah ir-Rahman ir-Rahim
Finally wakin' up from the American dream
Once was lost but now we been found by the professor Mahdi from Bedouin kings
We don't fold, we don't bend, we don't break
Ever since been at war with the state
So if I don't make it to the pearly gates
Then I'll be, Satan's neck, in a fiery lake
I was raised on the songs of David
My ancestors came to this land on slave ships
My grandmother did a life bid on grave shift
And we was just tryin' not to get our head split
Ain't no justice, ain't no bygones
Crooked police, will get fired on
Turn that courthouse to no fly zone
Turn that precinct to a war zone
Mayday, mayday, Ricky Bobby
This ain't me, this is
This ain't hate speech, it's the Bible
Welcome to America, it's survival
You could get a false charge or hit the lotto
You might as well just twist the throttle
Eye for an eye like Hammurabi
Ten thousand warriors, crowd the lobby
If it's me or, either you then
It ain't me so, it's wasabi
I bond with those who bow, the true believers
Render to the Caesar what is Caesar's
Kodak said you don't believe in Jesus
Leave him no choice but give it to you like Yeezus
Don't ever fix your lips like collagen and then say somethin' that I'm gon' end up abolished