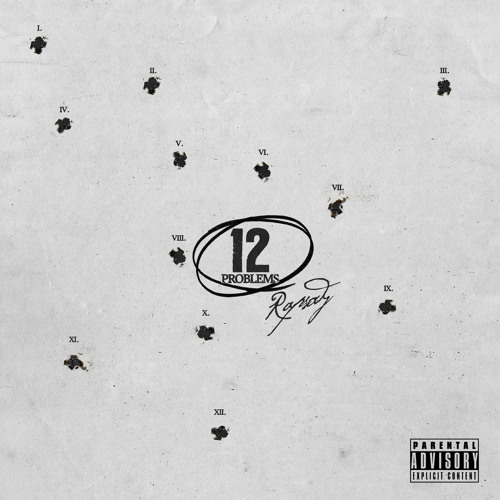 Yeah, the dark flesh Bob Mar'
Speak mine, what you thought dem 99 problems was?
War on drugs, legality
They got us on fallacies
Resorted in casualties
I was supposed to resort in the Maldives
Now, we in the rallies, now
Boxin' in IG now, boxin' like Ali
In the memory pourin' Hennessy and Bumbu shot reachin' for the ID
Get off my neck, nigga, 'less you a Cuban link ('less you a Cuban link)
I think like the Cubans (Like the Cubans)
Think you'll never get Assata back
Wе got ya back T Mallory
Carry on like a Prada bag
My dogs wit like they quartеr lab
In the backseat of a patrol car, that's luck they ain't call the cornerer
Should be hall of fame, corridor (Corridor)
The way we run it back (The way we run it back)
You'd think it's 63 (63)
I'm thinkin' 60 3's (60 3's)
Hunnid and eighty degrees
Get ya shit straight, mr. police
Did the same thing to Cochise
Did the same thing to Rhaheem
Did the same thing in our reality, y'all bogus

Death come in 3's
Every month March, every month March
33 Nip, gotta a heavy heart
His killer in jail, y'all don't get that part
Cops kill lawfully, no remorse
I don't wanna hear arguments no more about black on black
When white on white
They kill they own too
And cops the only ones who ain't accountable
Black men in jail for a ounce or two
For us it's punishable (And they still ain't free)
Look at the weed business (Look at the weed business)
White man makin' booku (Booku) in Timbuktu
Hope they praying at the mosque for us
When you create your own
You don't care what they top floor is
Y'all thirteenth superstition
We get a thirteenth amendment
We get a shot back without a shot back, take the shot back and vaccines
All we see is murder, murder, murder, murder
And you wonder why we gotta disorder?
Anxiety, ya die not passing sobriety
Atlanta, Georgia, that's some shit

You're never seen as a victim (Never seen as a victim)
Watch you run and walk miles in Michael Vick Tims
Been dogged out (Been dogged), no paws in house
No daddy, no papi, who the kids gonna call now? (Who the kids gonna call?)
But you steady killin' they fathers left and right, our brothers
They tryna take you out (They can't take us out)
We don't die, we multiply
Black man, black woman, 12
Rapsody
Hottest Songs