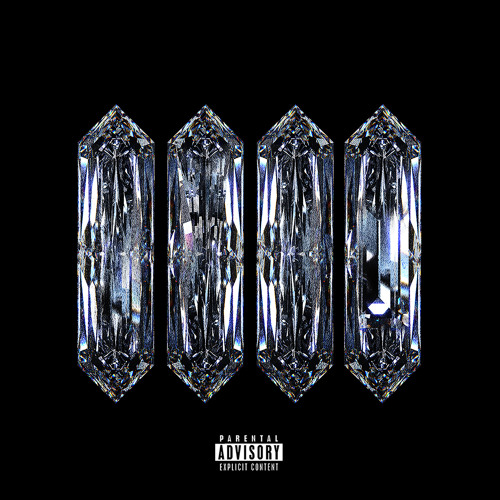 Give Rating
Meek Mill and Vory link up on their new track, "Middle Of It"

(We got Xander)
Yeah
(Yo Nick Papz, make it slap)

I'm not the leader but follow the lead
Poppin' some shit that's out of your league
Shawty identical, Bella Hadid (Shawty identical)
She beggin', tellin' me "Please"
The Patek keep tellin' her to freeze (Freeze)
She think I tell her to chill and I'm tryna tell her to leave (Leave)
Woah, woah, woah
Bendin' in the corner, I (Bendin', bendin')
Bendin' the corner, I drum up some shit
I think you know about times it was lit
Seventeen summers been runnin' this shit
Yeah, yeah, yeah, yeah
I heard lil' shawty was fuckin' a Crip
Bought her a blue Birkin now I got her whole crew workin' on me, suckin' that dick, woah (Woah, woah)
I do not parlay with thots (I don't)
I'd rather party with Glocks
Hangin' with killers and callin' the shots (Yeah)
Niggas be beefin' with gang, can't go to the club, we in all the spots, yeah
Niggas be beefin' with gang, no cuffin' no hoes, yeah, all of them thots
All of my homies a hunnid and more (Woo)
Ain't got a honey bun, go to the store (Woo)
Not to demean you but I gotta teach you, if you want this money, you doin' your chores
Washin' your dishes, the rags and the riches
The Glock with the switches, we handlin' business
We go on a mission, we don't know no bitches
Now spend like a ticket, we goin' to court (Yeah)
Dropped in the DM, like, "Fuck is you doin' this for?," you know I was goin' to war
She tried to link me and give me two and a four, I left it in a hole in the floor
Left on the chopper, I feel like I'm Chapo, I got out that bitch and I turn up some more
Went to Miami for four hunnid thousand, to roll up some loud with a boat on the water (Woah)

Blood still treat me like fam, my youngboy go with his daughter (Facts)
Beat the casino for two to four million and text my account, it's slaughter (Facts)
I made a fifty now I want a hunnid, a billi', it go in that order (Facts)
Ha!

Daddy died by a .44, I be livin' like a warlord
'Member I was shackled [?] up, now I'm back to backin' in a four-door
Million dollars worth of jewelry on, no insurance on, like, "What's goin' on?"
In the trenches like it's regular, people think that I be showin' off
All these niggas talkin' they be goin' off, gotta blow it off
Left my youngin' with the presidential at the Waldorf to hit a star raw
Told me as soon as he got it, he dip it inside it and goin' in raw dog
I give a fuck she an actress, a singer, or model, I pray it don't fall off
Let's pray
All these hoes still fuckin'
Ran up a check and you know how we bummin'
Get to a milli' then run up them Bentleys
I'm fresh outta Philly, you know we ain't runnin'
I see these niggas talk shit on the internet
Catch 'em in traffic, I know it ain't nothin'
I told my youngin' to spin and to let out, as soon as he let out I throwed a little sum (Brr)

Boss in my hood, I'm like Richard Porter
I just fucked a dime for free and she ain't get a quarter
But I still wired the five racks because that shit was water
Gang!
Ha!

All the money that I sent you, that don't last too long
Pussy good, I might just have to put my crew on
Ten years runnin' shit, and she know that I'm two on
Baby, don't be surprised if I ain't shoot a drop before the team or somethin'
I know you started with nothin'
Always startin' something but wanna talk about nothin', oh yeah, yeah
And please don't be surprised if I shoot the fuckin' broads, girl, you know it goes
Girl, you know how it goes, oh yeah, yeah, yeah
Yeah
Shawty for the downfall, she wan' spend her own drug
So please don't be surprised if I shoot or fuck the team, or somethin'
'Cause you started with nothin'
Always turning nothings to somethings
Yeah
Oh baby
Meek Mill Vory
Hottest Songs

hot
Jeezy - Therapy For My Soul