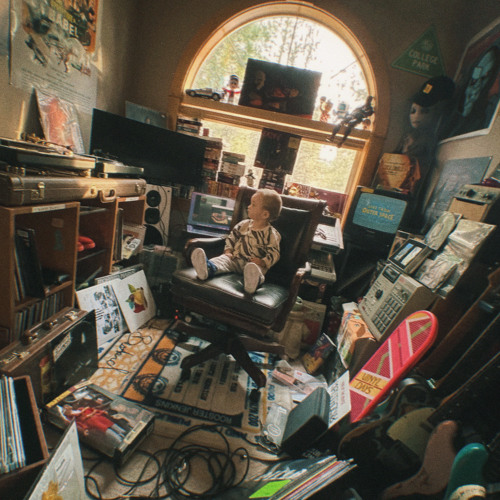 Give Rating
New music from Logic, LIKE, Blu & Exile "Orville"

[Intro: Logic]
What's the threat?
Bitch, I'm on one
Yeah, you fuckin' with the wrong—, wrong one
Yeah, yeah-yeah
Little echoes (Wrong one, wrong one)
Yeah, you fuckin' with the wrong—, wrong one
Uh-huh, uh-huh, uh
Bitch, I'm on one
Uh-huh, uh-huh, uh
Uh-huh, uh-huh, uh, uh
Uh-huh, uh-huh, uh (Yeah)
Uh-huh, uh-huh, uh (Yeah, ayo, uh)
[Verse 1: Logic]
Ayo, what's the deal? Mind too active, can't sit still
I kinda feel like I just took a limitless pill
I'm Captain Mercer on the beat, watch me murder the Krill
That's a sci-fi reference, nerd shit my preference
Family is the only thing that mattеrs, bitch, I'm Stefan
I can't believе at first sight you thought I was Steve
Bitch, I'll orphan you, shapeshift and morph into your mom
Slit your throat and make it look like she's the one that committed the crime
You know I'm too committed to rhyme since my first show in Chicago
Never throwin' shade, we keepin' it light like vitiligo
Chain around my neck glisten like El Dorado
Can't fuck bitches with baggage, you married a ho with cargo
Bitches be jumpin' ship, word to Argo
If you don't understand that line, no need for an apology
You stupid motherfucker, I'm referencin' Greek mythology
I never went to college, B
And made millions while you pissed like you majored in urology
Now logically, I'm the top MC
How dare you got the nerve to bring that weak shit, neuropathy
Ain't no stoppin' me
Even if you stand on my grave, you're never toppin' me

[Chorus: Blu & Exile with Like]
Down, down, that's how we get down
Down, yeah, yeah, you know get down
Pick the mic up and then we get down, down
So high up that it's down
[Verse 2: Like & Blu]
Wow, my shit so profound
Wow, y'all done bit the whole style
Wow, I don't trip, I just smile
Murderous shit, I fit the profile
Murder was the case, had that shit on tape
Play this in the whip, man, that shit gon' crank
You steady talkin' shit like your shit don't stank (Uh-huh, uh-huh)
News flash, buddy, we the shit, move right