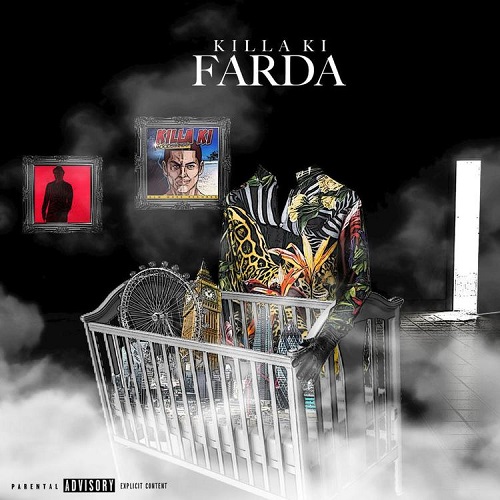 This that inna London gangster shit
Pecknarm up the top now
Yeah we're making hits (Come on)
The links been here for years
But now we're patterning (Yeah)
Long overdue but, yeah cuz, it's happening
I was up in Tottenham in '08
Up in the yardie dance, strap, I'm a known face (Fact)
But they show me love
I felt at home mate
Yardie ting whining up on me, felt my trey-eight (Ugh)
And I ain't running joke (Nah)
The amount of man that diss the ting got smoke (Agh)
Sittin' in the dark, just me and my pole
I'm laughing, 'cuz I can see my opps go
Told you before you better be scared
Click-klack-boom, 'cause your brains
Better trip out 'cause here comes the feds
Better  got badders in bed
Yes, money, drugs, murder, and sex
Fresh to death, I do facts  the best
So it's only right that I link up with Skep
We two artists that know how to flex
Black Gang original
More time we rev
Middle are beefing, yellow on ends
Spectators think I'm mad in my head
I'm fine, I was just laughing at death
What'd you know about laughing at a last mans breath, then acting shocked when you hear of his death?
Up in school in the red avex
Trap line rings then I fly in the fence
Flowing like the river, it's Killa
Ain't any rapper realer
Dropped my first album out a deal, I'm jigga (Hmm)
Who said I ain't got flows? They're a fibber

Don't push Skeppy 'cause he's close to the edge
Turn a nigga dolphin, you get a hole in your head (Splash)
You never fell asleep with the smoke in the bed (Nah)
When you see me in the street you better show some respect (Skep')
Yeah I could bill a line or I could bill a new song
I'm from the Yellow Brick block pussy, where are you from? (Huh)
Pocket full of pebbles, tryna get the food gone
I was tryna make a milli, it was taking too long
Had to switch it up, still go to the stu', with the flicky tucked
Spittin' facts, I keep it 100, always been a buck
He said he's on me
Still I'm outside, I don't give a fuck
He's a liar, treat him like a flier when I stick him up (Stick him)
Man had a trey-eight, man had a neener
I was in the dance with a whole lot of heat
It's a new day, manna tryna make dough
And I only answer the phone for the fiend
Please don't talk about KK mode
That's something man don't want to see
I pay the big costs to be the boss
That's big facts and I could show the receipts
If I pull up with Ki in the rave
Gyal drop dead when they see the suicide doors
That's  Harley shirts, Louis V pieces that're never going in store (Ice)
Call me international S
Every two months, manna going on tour
I just mash up the stage and leave
That's an encore and a round of applause