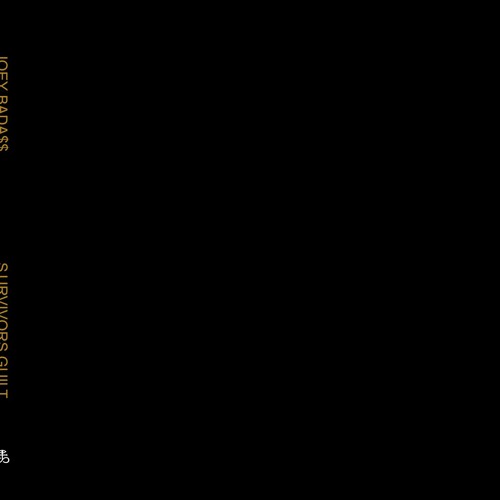 [Verse 1: Joey Bada$$]
Steezy told mе, "Get 'em," so I got 'em (Got 'em)
Now my nigga gone, he will never be forgotten (Never)
Ever since he left, I just been strugglin' without him (Uh-huh)
'Cause I remember linkin' after school and we'd be plottin' (Plottin')
Talk about our problems and what we do about 'em (Yeah)
Journalin' and jottin', we ain't know the world was watchin' (Facts)
We was just two kids tryna make it out the bottom (Uh-huh)
Now I'm rich and rotten, everyday I think about him, it's survivor's guilt
Wishin' I coulda stopped him, let alone just know how he feel
Lyrically couldn't top him, he was the nigga with the belt (Uh-huh)
Yeah, and that's real rap, I couldn't do this shit without him, and that's just fact
You see, if you ain't know Steelo, then you really don't know me though (No)
And that's how I separate all the real from fake people (Yeah)
Or the real from fake fans (Uh-huh)
Who claimin' that they stans (Uh-huh)
But they ain't know my mans (No)
Until the very end, wish he was still here
I swear it feels weird how people could accuse me for his death
Sometimes I gotta shed a real tear (Tear)
You see, the truth about Steelo, he lacked the mental health (He did)
But try to tell that to people way back in 2012 (I can't)
But now that it's a mainstream topic
I'm guessin' I can finally open up and talk about it
So, yeah, let's talk about it (Yeah)
Come into my mind, I show you where the darkest cloud is
You ready? I doubt it, but let's go
You see, Steelo was my bigger bro (Uh-huh)
At a point in time, spiritually, we was in the same boat, but
I wanted to take it slow, he wanted to take it as fast
And deep as he could go, pause
Yeah, we had some problems, but what brothers don't? Sure
Then I caught a little wave and headed back to shore
And that's when he started drowning
And he had no one around him, so, partially, I feel it's my fault (Hey)
And that right there is my internal war (Uh-huh)
The reason why I got to feel these external flaws
The reason why I can't heal this eternal loss
The reason why I gotta feel the survivor's remorse (Shh)
And here's a message to his fam
I know y'all got emotional trauma, that, I understand (I understand)
But I couldn't fuck with, y'all try to tell the world I wasn't who I am
When all I ever tried to do was lend a hand (That wasn't cool)
And give the fans the thing that they demand the most
King Capital, the fucking G.O.A.T., word
I'm just tryna get my nigga heard, give him what he deserves
[Chorus: Joey Bada$$]
This one is for you, uh-ooh
This one is for you, uh (Is for you, for you, for you)
This one is for you, uh-ooh
This one is for you, uh (Is for you, for you, for you)

[Verse 2: Joey Bada$$]
Yeah, and R.I.P. my cousin Junior B (R.I.P.)
Y'all ain't know too much about him, so it's up to me (It's up to me)
To share his legacy with the world
It kills me to think he'll never meet my baby girl (Shh)
And when I lost Jun', that hurt me in the worst way (Worst way)
He even died two days before his birthday (His birthday)
Damn, that brings tears to my eyes
My nigga really never made it up to twenty-five (Damn)
That's why I'm thankin' God every time I open my eyes (Uh-huh)
Add the fact that we alive and we feelin' these vibes (Vibes)
'Cause we be fillin' these voids, part of me got destroyed (Facts)
When I lost my boys, it's like I lost my voice (Uh-huh)
It took me all of this time just to put it in a song (Song)
Because I'm still dealin' with the fact my niggas is gone (Yeah)
Write they names up on the clouds 'cause that's where they belong (Uh-huh)
As long as I live on, they'll forever be known, this one for you
This one for–, yeah