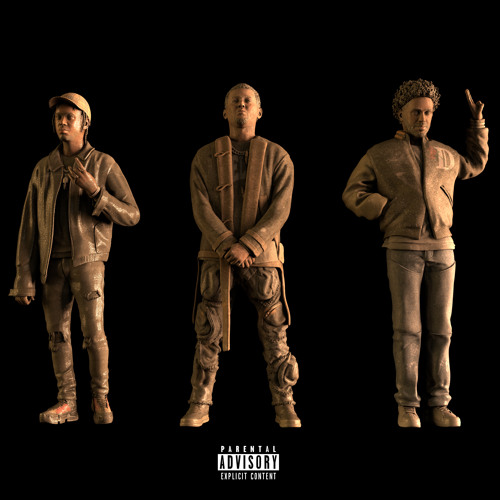 Yeah, salute when you see me (Woah, woah, woah)
I'm gettin' greedy, I blow the whole budget on me
That's on me, I'm conceited
Treaty? Nah, that ain't how we treat it (Treat it)
This right here sound like a three-peat (Three)
I put the tip in, it sound like I'm knee-deep
I'm like, "Ah, bitch, you too needy" (Too needy)
Me and HB going Juvi' and B.G
They gotta put my face on a box of Wheaties
I'm prayin' for whoever think that they competin'
Salute when you see me (See me)
That's hardly ever so that's how you greet me (God)
I'm goin' TM 101 Jeezy
And plus they got D2 on repeat (Repeat)
I'm with the love of my life for like three weeks
'Cause that's all I needed (On God)
She wanna go on a trip and retreat but I'm sorry
I never retreated (Nah)
I set the bar up so high that you might as well leave it
I'm goin' undefeated
I've broken the system, the shit had to breach it
That's mission impossible, mission completed, uh

Uh, yeah, salute when you see me (Oh yeah)
I got the heart of a God and a genie
I want you to love me, I want you to need me (Uh)
When I shoot at his face, it's a Fivi' (Grrr, baow)
I gotta give back to the hood
I remember when I was the needy (Lil' bitch)
Clean me up (Clean me up) squeaky, uh (Squeaky)
She fell in love (She fell in love) deeply (Deeply)
Percocet (Percocet) sleepy, uh (Sleepy)
They like what I say, they repeat me (Ayy, ayy, ayy)
Uh, yeah, look (Uh)
All this money, I've been spendin' on VV's
(All this money, I've been spendin' on VV's)
Huh, that's why you gotta salute when you see me
Lil' bitch (Uh, uh)
Hit-Boy Big Sean Fivio Foreign
Hottest Songs