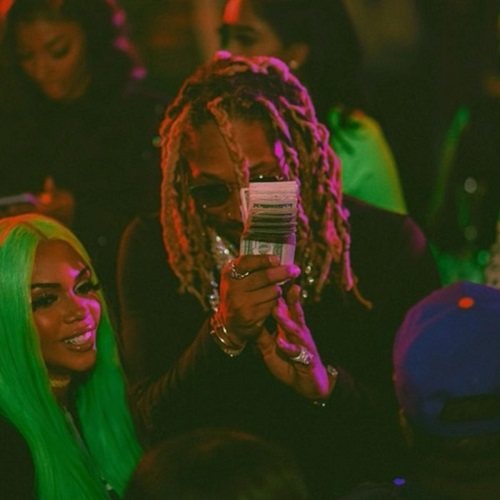 Slow Down” is an unreleased Future song. It was reportedly recorded sometime during 2016 with Metro Boomin credited on production.

Three hundred thou' when I signed it
Whippin' it off when I signed it
Droppin' the top when I sign it
Showin' it off when I sign it
I been at the dealership all day, you know where to find me
My bitches gon' have they way, I give 'em all an assignment
We spent 60k to sit front row at the fight
Went on vacation, came back and bought some ice
Order the private, put the choppers on a flight
Fuck them imposters, we some shottas in real life
I'm whippin' a giant, nigga my money's a giant
I fuck her tomorrow, nigga ain't never replyin'
It's one of a kind, this watch, it's hard to find it
I send out a kite, they all gon' end up dyin'
I send a out a hit to the charts, and keep on climbin'
Throw the Benz in park, I put a few squares on the Cayenne
She speaking the lingo, I met her at Dior on Rodeo
Yeah I'm one of a kind, you need to check out my portfolio
Bitch don't speak no English, bitch don't speak no English
Heard that chopper ringing, better not do no singing
Fuck these hoes in Phoenix, ain't got no more semen
Four door Lamborghini, you ain't never seen it
Shawty so predictable, can't keep it one thou'
Drinking codeine, it's getting hard to slow down

Put the cash in the wall and the ground, I never can touch it
We hit a few licks but "shh", we never discuss it
Free my lil' brother, he locked in the cage, he bloody
We can't be gang bangin' on wax
Niggas be false claiming, get whacked
You giving head shots, you better keep it one thou'
Riding for the gang, it's getting hard to slow down
And I told my brother Metro, we 'bout to change the whole sound
And before I go insane, I'm 'bout to change my whole style
I only had drove it once, after I signed it
I gave you help like a sponsor, I gotta remind 'em
I'm taking all my brothers and treating 'em with diamonds
I wouldn't be here today without my environment
Embracing my dogs like brothers, man fuck all these diamonds
I came from out of the struggle, it's cold and grimy
I came from Lil' Mexico, and changed the climate
I hopped on the G5, I'm thinking 'bout buying it
A half of million gone, soon as I signed it
The doors that go in the air, I look like a pilot
And I know anytime of day it get violent