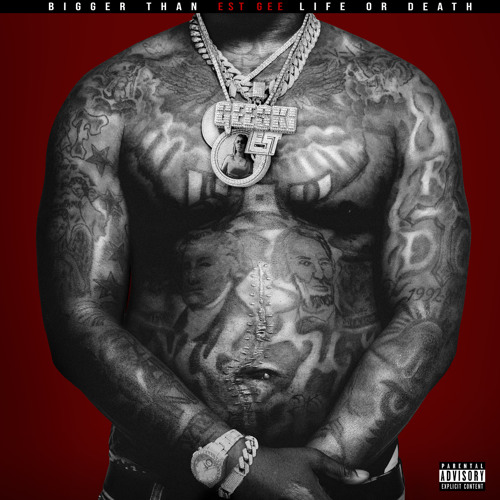 (Enrgy made this one)

If I ain't a young shiner, then what do you call that?
Fuckin' niggas' hoes, he mad, textin' in all caps
Beef broad day, lay a nigga down, wave cap
Overkill drill, spin at the building the wake at
I'd be on what I'm on if I ain't rap
And it really wasn't no stressin' 'til them members came back
Niggas shook, family know we ain't playin' no more
Real trapper, hit my dope like my hand was broke
He on Insta' with all the smoke, but call sayin' he don't
You get pistol whipped for some petty shit, your head be swollen

Yeah, I'll hit your mans up
600, 800, this shit there make 'em stand up
Run around actin' tough, but you not, boy
Where the cold bitches lookin' for the hot boys?
Fifty in the glizzy, I run my city
I ain't stoppin' shit, catch me if you can
Just this month, sixty G's off pants
I'm not, I'm not fuckin' no fan
Ridin' 'round with the top down
Sixty-five grams, ten of it is topside, stop lyin'
I done made a couple M's a year without tryin'

Opps done had a sixty-day stretch without dyin'
Y'all got all that gangster shit down except slidin'
Hit him, grind three days straight without hidin'
Gave Bands twenty-five, we ain't takin' no time

Ayy, throw it off the glass, I'ma dunk it (Come here)
Said y'all niggas apes, I don't mind killin' monkeys
Don't step back
White buffs, no eye displayin'
Posted in the hood, all ten of my chains
Big 30 on me, off an eight of that drank
Bitch said she in love with who?
Ten on the ground, 'bout a dub in the roof
I'm a thug with a tool

Promoter called my phone when I left, couldn't get the pipe in
Every nigga 'round me having motion like a tight end
Bought Hot Wheels for my nephew, but I picked him up in my twin
L with the coolant system, I bought it for a hotboy
Did a feature with a nigga, 21, I'm walkin' shit like Deion
His city say he a rat, so I had to send him back a refund
Say, Dot, that car right there look like it got the narcs in it
We the ones who ridin' 'round with more shots than the bartenders
I bet you we'll get them niggas off your block
I bet you we don't let them niggas get off no shots
Come through, show a nigga how to slide
Last night, I fucked a booster, woke up, text everybody size
Paid plain janes, but now I'm goin' bustdowns
And Zelle the ho a rack to make sure that they touch down

She ain't been ridin' with 'em when them bullets start flyin'
Carpet same color snow if his head brown
We ain't got no protein in Louisville, this a brick town
A blicky in your glizzy with a switchy, you can't miss town
Niggas really starved 'til we started bringin' that big round
Mix it with the rizzy, give that lil' dog a pit growl
Like I ain't the one who started this shit
Like I don't make sure them lawyers paid and them charges dismissed

I'm short, but I'll lift a nigga ass up
Way before coronavirus, I had them youngins masked up (Mask up)
Tired of soda bottles, I pour a four inside my cup (Straight)
And you can't post an Instagram model one of us can't fuck (Haha)
I be at practice, I got real skills, none of this shit luck
Tell the owner tell security chill, 'cause none of us gettin' touched
When I find out where you niggas hide out, one y'all gettin' crushed
I'm like, "Fine, I might come out and vibe, but one of y'all gettin' fucked"
Got the finest car, one of a kind, I don't slow down for much
I got twenty million cash now and still ain't near enough
I'm goin' too crazy, I'm the Wayne of this new generation, niggas fugazi
They can't fuck with us no type of way, these niggas too lazy
I'm cut from a different type of cloth, I don't know who raised 'em
Every time I pop out, I hear women screamin', "Ooh, Baby"
EST Gee Lil Baby 42 Dugg Rylo Rodriguez
Hottest Songs