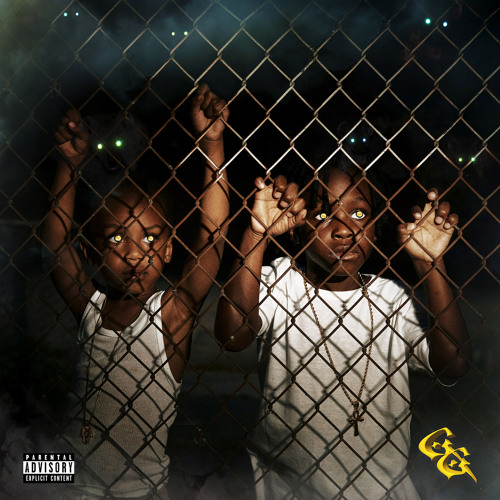 Give Rating
EarthGang and Future connect on new track, "BILLI"

[Verse 1: Doctur Dot & Johnny Venus]
So I'm fucked up, geeked up (Uh)
Leanin' like a tree trunk (Yeah)
I just dropped the blunt doin' jumps off a speedbump (What?)
I don't keep no girl, but they just show up when I need one (Hey)
Baby, give me life like it's Night at the Museum, ayy (Wow)
All about my freedom, nigga, fuck your ego (Oh)
Tryna move the people (Oh), tryna catch a threesome, ayy (Uh-huh)
You think we competin', our goals is different, I told you niggas (Okay, woah)
I can never be happy with millions, at least ten figures

[Intro: Future]
I feel like a God on this Earth, lil' nigga
I can't tell you slow up on these Percs, lil' nigga
Bad bitch, she came with a big Birk', lil' nigga
Mad rich, ain't none to get you murked, lil' nigga (Pluto)

[Verse: Future]
I was in the field with all the junkies and the scammers
Gucci head to toe, look like I got on my pajamas
I put on my chains then I get ghost on a bitch
I got on that drank, now she won't sip my cup now
Ridin' with my F&N, my hand got my top down
Count money, I'm firin' up a blunt while I get mopped down
Ain't got no time to be a 'splainer to my bih, night
I get up when I get down, ain't stoppin' at no red light
Came out the bando' with them junkies and zombies
A-town, nigga, known to go to church on a Monday
Heard about a murder, no, we don't know nothing
I be posted up with them demons, where you find me at? Pluto
[Outro]
For the rest of my life
I will extoll thee
EarthGang Future
Hottest Songs