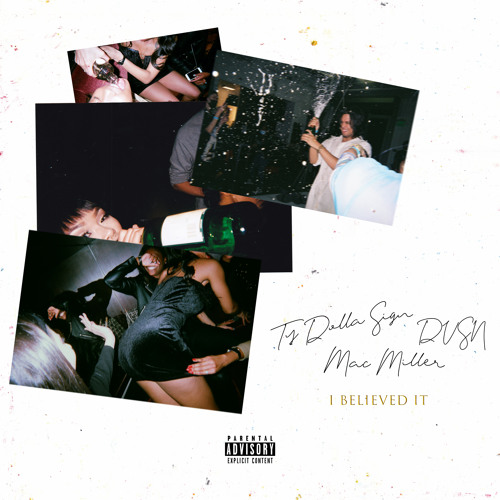 I put my foot on the gas as soon as I heard the news
They say that I'm creepin' on you, told you that shit ain't true
Where is same chick been textin' me and facetimin'?
I was actin' like you buggin' just for askin' 'bout it
Say it ain't real, please say it ain't real
You say "These men ain't loyal"
Never thought that I'd be one
I put you on top, I ice out the watch
You know I showed you off
VS your neck, we run up a check
But none of that matters at all, oh-oh
You said "When I bleed"
I said "We all be loved or friends"
You told me put some respect on your name
You said that I was too good for the games
You told me I'd never change
You said all these niggas the same
How could I ever flip this on you, like you're to blame?

I know you gon' listen when I stop talkin'
And you're gonna miss me when I start walkin'
You start lookin' for me when I start watchin'
Drive each other crazy, but I still want you
Still want your crazy ass and all your mood swings
Still want you, but I'm movin' on to new things
Goin' through my phone is gettin' old and
Askin' 'bout "Who that is?" and how I even know her
Now wait you get a moment to yourself tonight
Keep lookin' at them pics you got of you and I
I know that you kept them, ain't even a question'
I remember you'd say "What are we?"
I'd say "Homie, love or friends?"
You say to put some respect on your name
You ask, but don't deserve to be claimed
I'm tellin' you that I could change
You say all niggas are the same
I got a game plan
Takin' a shot, hopin' it banks in

Well, okay
Ooh, I know you like to laugh
But that don't keep you right inside
Tell me, is it worth it? I ain't perfect
Know that I ain't been a nice guy
All the time, that's the way that life it goes
Back when shit was cheaper than the price of rolls
You clean your seats and wipe your nose
I've seen the highs, the lows, girl, you put me through it
But all that shit you've told me like I'm stupid, I ain't stupid
Got a new crib, a few bitches, I beat the system
Shit, I left the church and found religion
'Cause I ain't been wrong in so long, and it feels so right
No fightin', shit come and go like cold lightnin'
And as soon as I'm gone, it's so frightenin'
I know you think my shit is poison, but it's no ricin
'Cause this here, I put my whole life in, babe
Give the right incentive and I might behave
Otherwise, it's see you later right this way
It's why I'm not the type to stay no more

You have to find what day you ride
Right back to here, what you
dvsn Ty Dolla $ign Mac Miller
Hottest Songs