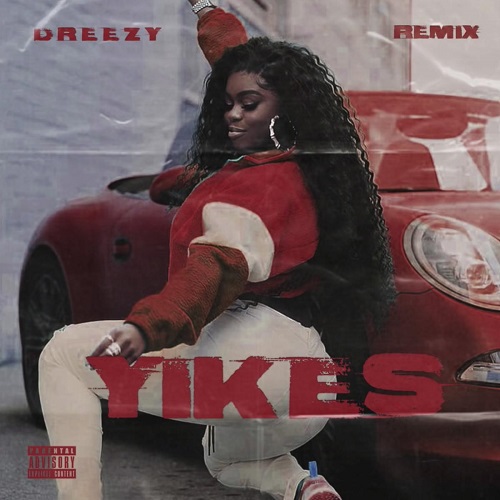 Start that bitch up, Mike
First freestyle of 2020 man (Let's do it)
The queen just dropped, so you already know how I'm comin' (Let's do it)
Big Dreezy, big shit talker (Uh-huh)
Yeah

You know when I step, I'm on their necks
Nothin' but the press and the cameras (Flashing)
My nigga fine, but I ain't talkin' 'bout his looks when I say, bae, "Hand some" (Wet 'em up)
You know it's February and I'm culture heavy, give a , black panther
I pull up, what the fuck is you staring for?
Oh they ain't seen the gold in the Lamb' truck? (Hell nah)
Yeah, yeah, bro keep a tool in the cut
Then pull up like who gon' do what
I'm  with that ladder,  Gorilla Glue up, you gon' think it's a zoo in the truck
You know how we slide
Get your whole crew  up
Ain't no ducking, they knew it was us
In the penthouse, I'm throwing it back with the panorama rare view in the front (Ooh)
I leave the booth, I see death and corpses (Bodies)
I pull up, it's a derby race, nothin' but Porsche's and horses (Skrt skrt)
Bro got a 30 under 30, I ain't talking Forbes list
Pray for my ex, I heard his new bitch rocking Black Forces (Sorry to that man)
Bring the beat to me, it's a problem
I cook it onsight, Benihuna (Cook, cook)
Look sweet, but you gotta watch her
Touching on you 'till I feel your wallet (More money)
I'm really tryna stay humble
If they think they forget, I remind 'em
My momma made me a bad bitch, my daddy told me to ball like Gianna (Ball)
I ain;t know hood bopper, I can teach you to jug propper (We scammin' out here)
I heard you a shit talker, how really your jewellery copper (Eww)
In the club throwin' ones, looking for the best pussy popper (Mhm)
Be cool nigga, you ain't have stripes since you worked at the Foot Locker
Nigga who you know ride what they spit and fly for a living, get that money and split it up (Bag)
At the show, probably signing some tities, all my bitches pretty and paid, we just live it up
Fuck who ain't with it, they ain't as big as us
Yeah, lil' bitch, you was lit, but it's dimming now
When the Barbie say, "Get 'em", I got 'em
OK backwards, K.O. , finished

Stop playin' with me, G
You already know I talk my shit on this bitch
Chicago in this bitch (Hey, Onika)
I'm tryna figure out how these bitches dirty and washed up at the same time
Joy in this bitch, on the engineering
Bitch, who the fuck wanna see me in the booth?
I'll wait
Waiting
Don't sent shots and put your hands up, my stick don't jam up