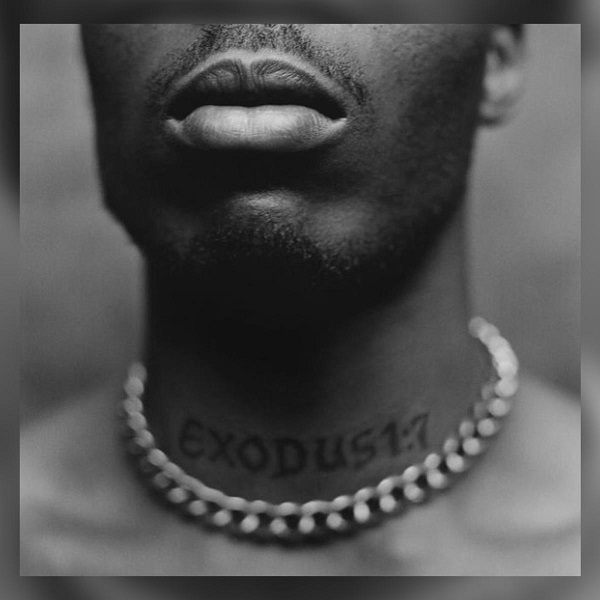 Haute is the livin', Coca Cola's the sponsor (Woo)
I run up with your boo, uh, Hov is a monster (Oh)
Yeah, huh, they like me like that
Every girl I see wanna be wifey like that
I'm the King of Zamunda, uh, King of the Summer
Come be my Kardashian, queen of the come up, uh
To be loved, Shakespearean
Experience to be us
Jumpin' off boats, hoppin' off another cliff (Woo!)
Every six months, I think I need a new bucket list (Oh!)
Yeah, I think I might need a harem (Say, say!)
I'm way too much, y'all should share 'em (Hands in the air!)
I'm feeling like a baron, all I need is a castle
Be my Halle Berry, all you need is a catsuit
All I need is Heaven, I don't want the hassle
God bless the child that can hold his own, achoo (Queens, stand up!)

My instincts guide me through this Kurtis Blow culture (Woo!)
Good angel, bad angel sittin' on both shoulders (Uh!)
One be trying to gas me, manipulate me, tempt me (Ow!)
Make me have no soul, so I like to take a tally
All the favor of the days when the paper wasn't major
But love was abundant
Before the God got the "God's Son" upon the stomach
Let these niggas know it was a feeling I would get
From music that they would come with (Talk to 'em, Nas)
Hate start with H 'cause the H come after a G (Right)
They won't say it face to face, they say it after I leave
After the first night at my place, she asked for the keys
It's my season, Garden of Eden, we Adam and Eve
Now we're naked in savage hedonism from a lack of belief
I ain't a pastor, pass the Lafite
We ain't in no relationship but do relationship things
No ring, but she slide through when I ring (Hands in the air!)
Ha, let's put success to the side
I'd still be this fly if I worked at Popeye's
That's a whole lotta spinach, whole game full of gimmicks
Make a fool out of yourself for a post on Akademiks
We are not the same, I am a alien
Hovering over your city, shutting down all the stadiums
Wiping out everything in my radius
Don't play with us, y'all ain't made enough

Shit pop off, we don't blow it up 'til we blow it up
Cats better slow it up, y'all niggas know what's up
My niggas throw it up, we all know that
Got niggas missing in action, where are they at?
See you niggas never really been duffed out
But you've got enough mouth to get snuffed out
Duke, the rough route
We don't play around here, nigga, we grown
Start applying the pressure, give a dog a bone
I'm taking half, it's just that simple
Or I can start poppin' niggas like pimples
I'ma let you call it, you ballin'
'Til you get hit with them hot things, now you're staggerin' and fallin'
I'm holding up the wall, you got more than enough holes in you to fall
You're just wasting a nigga's time, come on, man
I got shit to do like hit your crew
Might hit your crib, what that bitch gon' do?
Not a damn thing, but go with the program
Beast on that bitch like Conan—bo-nan
I'ma go where no man has ever gone, nigga
When it's on, it's on, I'll let you know in a fuckin' song
I got nothing to hide, but you got a reason to run
Come through like (*gunshots*) 'til the squeezin' is done
And that's just squeezing one, imagine if we all let go
And turn your whole block into death row (Woo!)
DMX Nas Jay-Z
Hottest Songs