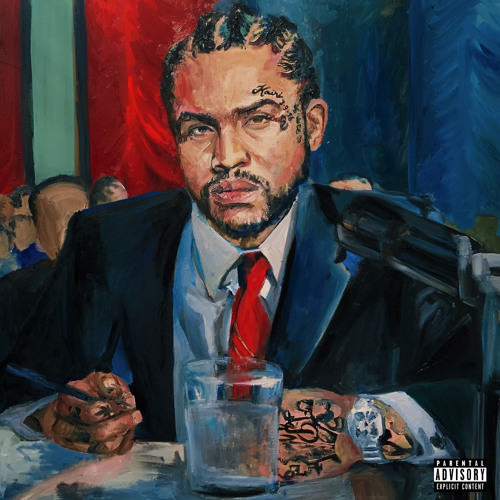 Give Rating
Dave East is back with his latest single "Uncle Ric" featuring Benny The Butcher.

We really took a trip to see what's goin' on
Back and forth with niggas when it was goin' wrong, I'd never put that on song (Never)
Drinkin' water, thoughts of gettin' rich, I think of Porter (Porter)
Really thought that I'd get rich off a dime 'fore I seen a quarter
Tell me what you know about it? The lobby crowded, we in public housing
The government assistin' it, every day it's some different shit (Every day)
The cameras ain't the only witnessin', niggas talkin'
You get a job, might get a chеck, you wanna trap, might get a coffin (Yeah)
When that papеr flowin', party for a month straight like Rick James (Rick James)
The feds is asking 'bout him, I just know 'em by his nickname (I don't know)
It wasn't for this COVID shit, I'd probably be at the Knicks game (Right there)
On the floor next to Spike Lee and a big chain, know that Masi made it
Your man a rat, my only question is how you tolerate it?
I'm always gon' give back to the struggle 'cause I feel obligated
Niggas ain't wanna make a change until they heard Obama say it
My uncle did forty years for nothin', just got exonerated (Uncle Ric)

The Butcher comin', nigga
Pablo and the Butcher, uh
Yeah

They tell us lies and stare in our faces (Faces)
But I ain't scared, I'ma say it, niggas took our manual, tearin' out pages (I know)
Put us on lists and comparin' our greatness
But I'm like Mike, I feel like niggas couldn't ball in the era I played in
Still on the pavement, the hood gon' cheer for the gangsters
A miracle I made it, three albums up and six zeroes later
I'm still goin' up, but what I get for doin' y'all heroes favors? (What the fuck I get?)
Nothin', the same shit I gave federal interrogators
Y'all scared of paper, y'all run the plug on for y'all need of paper
Eyes closed, I can count from the sound when I hear the paper (Damn)
It's the Butcher, you know my verse a classic if Harry made it (Uh-huh)
Old karma, give y'all niggas bad luck like a mirror breakin'
Heroin deals, bricks weighin', background, my lyrics playin'
Just loud enough so nobody hear what they sayin' (Uh-huh)
Ask your label where is your advance (Where it's at?), sittin' here on my hands (It's right here, nigga)
Y'all niggas just trash or y'all got terrible fans, huh (Huh)