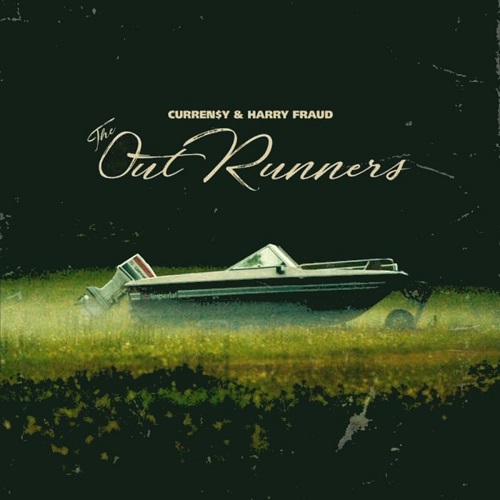 Curren$y and Harry Fraud team up to bring you “The OutRunners”, their brand new collaborative.

Yeah
La música de Harry Fraud
East side  it's like every time
Several lowriders outside in a line
Couldn't decide which one to drive
Hopped in that foreign, and closed my eyes
Yeah, yeah
Told the driver drive and wake me up when we arrive

We use Rolls Royce umbrellas, no regard for the weather
Keep me out the rain and in the shade, nigga I'm good forever
I'm cool wherever
We park in the city, hop out
You know I'm smoking something better
Got something pretty with me
That nigga there a veteran, still with niggas who been stepping
Two time felons, smoking and cracking jokes and ready to catch their next one
I tried to tell him, matter fact I never stop trying
Until I put him in the same mind frame that I am
Showed you how that money pile but didn't show you how, that ain't your friend
He want it all for him until he fall
Don't wanna see their dogs live as large as them, they ain't men
The teams that they'll on never win
Jet Life Establishment, Rolexes and whips, palaces extravagant
We hustled for all of this
It's nothing to get up in the morning, lay out a 'fit, next season shit
Sneak preview drip you gotta pray to get
East side

Only chopper 5 giving you this exclusive aerial right here
Right here this is off
The aerial unit right now that's just dropped down  officials on scene
About 6:30 this morning one of the fire trucks passing by sitting up higher than a car would was able to look over the wall here  the boat on the beach down below
the boat is still in the water here off of , they haven't actually moved it just yet

Watches set-in baguettes, in my Champion sweats
I got four or five jewelers, I just purchase the wet
Now the bottle's all black, no more sipping Moët
Dropped the top bump the Woo, show the tats on my chest
Bathing Ape is a thing, I've been labeled a king
So sincere with my flows, spent a house on my ring
Shawty give me some brain, callin' him insane
Blow a fortune on Cookie, quarter M on my chain
Never did it for status, I just lusted for cabbage
Nikes out of the box, Backwoods all through the palace
Bitches know I'm a beast, talking telekinesis
Haters think I do voodoo, really blessings from Jesus
Got my hands in the dirt, now it's buckets of weed
New McLaren skrrt, blow them trumpets for me
Get six figures a verse, never charge a true G
Show you just how this works, it's a wonderful thing
(Maybach Music)

Officials say the boat was found abandoned on the beach on Saturday. The Coast Guard set up a helicopter to search for any people in the area or in the distress but no one was found
I'm back here live now  that boat. It's not clear how long that boat is gonna stay here on the beach but I can tell you this,  deputies are still here along  and they are still searching for those two suspects  25 News