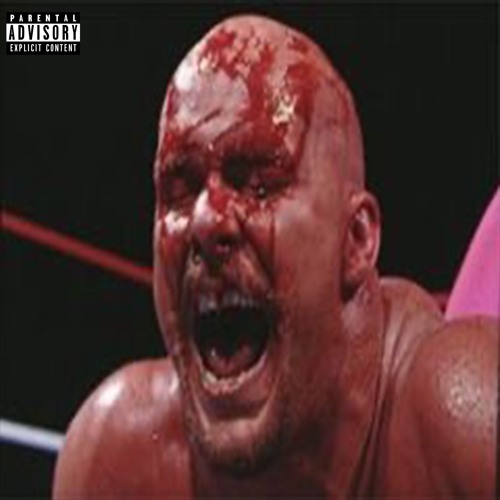 On this song, Conway raps about his skills and his record on the rap industry, flaunting his abilities and flexing about his money. The title of the song comes from the outro, which is an exerpt of an episode of WWF RAW, where Steve Austin (the wrestler on the cover of the loosie) cuts a promo against Mike Tyson on the road to Wrestlemania XIV.

Yeah, uh
Welcome back, nigga (Brr)
We at it again, nigga (Yeah)
Everybody is still food, nigga

Uh, they overlookin' my accomplishments
And don't wanna acknowledge it, won't let it shake my confidence
How, when I've been shittin' on the game since I got in it
Not only that, my story alone is astonishin' (You know my story)
I got murals in different continents, this shit is lookin' promisin'
Hip-hop about to experience a climate shift (Uh-huh)
Probably some consciousness like verses from Kweli
Still make a movie on your set, Mahershala Ali (Boom boom boom boom)
Still keep somethin' to murk you, that's by me
While I murk in a Masi', with a bitch smokin' purple beside by me (Hahaha)
I bought her two bags and both purses were 5 Gs
Bet all your favourite rappers wanna a verse from me, high-key (They wanna link)
I used to sell the work in a lobby
The hardest verses in the last 5 years were certainly by me (Hah)
Yeah, and I just pulled that new Mercedes out
And that's just off the money from features, that ain't from Shady clout (Not at all)
Look, how I bounce back after niggas tried to take me out
I leveled up, shit, I thought of that shit over KD house (What up, my nigga?)
As far as money, nigga, we don't make the same amount
It's funny 'cause since Griselda, them other niggas faded out (Hahaha)
I'll have some shooters kick ya door, AK your mouth
Bloodstain the couch, paint the walls, rearrange the house (Boom boom boom boom)
Your brain hangin' out, never cared about the famous route
I just came so I can change the game, get my change, I'm out (I'm out, nigga)
I'm spittin' better than my peers
I'll do you one better, you never heard nobody better in some years
The verse on "The Cow" record made legends shed a tear (Talk to 'em)
The way I put it together whoever better fear, Machine (Brr)
Yeah, AR with the beam, I let it ring, nigga (Boom boom boom boom boom boom)

I respect what you've done
But you're out here calling yourself the baddest man on the planet
Right now, you got your little beady eyes locked on the eyes of the world's toughest son-of-a-bitch!
I can beat you any day of the week, twice on Sunday
Do I think I... Do I think you can beat my ass? Hell no!
Do I think I can beat your ass? Why, hell yeah!
I don't know how good your hearin' is, but if you don't understand what I'm sayin'
I always got a little bit of sign language, so here's to ya!