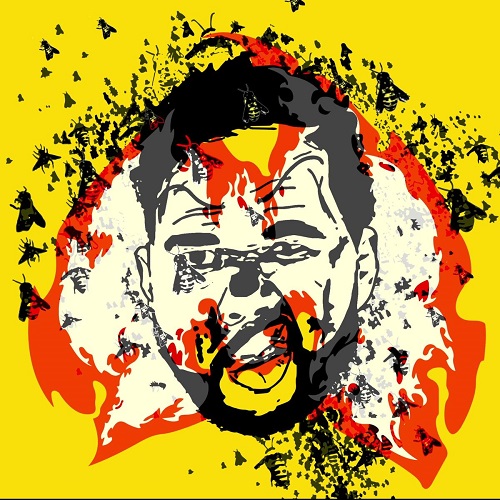 Look, play my position, in the kitchen, I'm workin'
Whip it, baggin' half in fifties, hit the strip and I serve it (Uh huh)
If it's an issue, trust, I'm comin' to get with you in person (I'm pullin' up, nigga)
With the extendo, throwin' at you 'til I flip the suburban (Boom, boom, boom, boom, boom, boom, boom)
All my businesses flourish, I'm on my way to my yacht
I put a six on the dock like Julius Erving (Hahahaha)
Damn, I know my nigga's sister is hurtin', he caught a new case
But got his sentences concurrent, that ain't get him discouraged
Got another homie in prison for murder (Free my nigga)
He would let his gun clap and fire at anyone that would try it (Boom, boom, boom, boom, boom)
Watchin' his baby mothers cry, I got numb, I can't lie
His mama ain't shed a tear, she know that come with this life
Thought about it, his kids was young when son got the time
Won't see his daughter graduate, can't teach his son how to drive
Now you see where I get this ambition from and this drive
The Machine, I'm iller than anyone that's alive (Anybody, nigga)
Look, bought the Benz truck and the Maybach with no lights (Hah)
Straight from the dealership, not from the auction with the low prices (Hah)
A long way from sellin' white and runnin' from the polices (Uh)
You niggas know who flow nicest, raise the bar like coke prices (Talk to 'em)
Fronted the homie, caught a joint, he stopped answerin'
Been my nigga since grammar school, I don't know how to handle it
Flee said, "You leave the knots in your chest, they gon' turn to cancer then"
In other words, he sayin' don't let it slide, you gotta handle it (You gotta get that nigga)

Capone-N-Noreaga watchin' CNN
Black whip, black tint, y'all ain't seein' in
It's Con and Meth, spread the word, boy, you seein' 'em
No seein' 'em, these rappers in the scope, you never seein' 'em
Killa Bees back in the building with Machine and 'em (Uh huh)
We creamin' 'em with pockets of dirty money, I'm clean again
Ain't gotta tell you I'm dope, just stick the needle in
The Ghost's Off-White big enough to fit this Eagle in
Tis' the season then, why ask why? I has my reasons then
My birds don't need no seasonin', Meth ODin' this evening
Now ask yourself, is that really air that you breathin' in? (Ah)
I think outside the box, then I find a box I can keep 'em in
Or just leave it then, like the bouncer, won't let your people in
People said they want that old Meth, well, this the prequel then
I get medieval, some people won't make the prequel then (Ah)
Leave 'em in the fetal position, F it, I'm leavin' 'em
I use the system, you cowards use euphemisms (Uh huh)
Women call me Super Daddy, my powers is super vision, who
Gave you permission to speak? To learn, you listen
Learn to listen to a different MC, you'll learn the difference
In addition, if you miss an MC, sign this petition
Get a fraction of that faction, subtracted by my division, uh
I'm a boss, what that means? I make decisions
Slash villain, I will kill an MC to make a livin', yeah