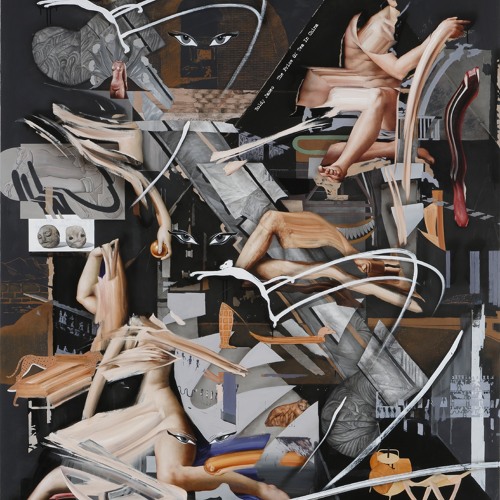 Chemist
Bojack
G.I. back to that one-way
Where we at with it?
Ugh
227
Block wakes
Let's get it

I'm making short-term goals, make the work turn pro (Yeah)
Started with some diamonds in the rough, just a lump of coal
Snipe a nigga soul, lil' Joseph, he'll hug the pole
Wipe a nigga nose for his Rol' and them Buffalos
Swiping customs, selling blows, running through them 'bows
How you loving those? Never told on none of my bros
I be on the road, ducking patrol, coming through the toll (Yeah)
Tryna keep it low, but Lord knows, I need to move this load
Shoot through the O, on 75, set the cruise control
It's moving too slow? Give it to Taj, he gon' move it whole (Drugstore)
It ain't what you know, it's who you know, plug toot his nose
Every time it touch, it put me right back in the Super Bowl (Back in the game)
No, this ain't Kweli; that was Hi-Tech in that juice I poured
On my mama stove with a Pyrex full of sushi roll
I hit it with them ice chips and ramen noodle bowls (Ugh)
It harden up and turn into a block, looked like the soup was cold

Ayo, VVSes super-froze, coupe ain't got no roof or doors (Nah nah)
My uncle and my partner test my dope, he got a stupid nose
And lately, I been curving groupie hoes, but I get stupid-chose
'Bout to drop a thousand in my 'Rex, I whip the Super Bowl
Them foreign cars, I'm bored with 'em
'Bout to toss that in them
Fuck a whip, I need a space coupe
We in Doc drop, in that Delorean (Pyoom!)
Michael J. Fox, jumping out the pot, Michael J. hops
Fuck rap, I can shave rocks, these slave-ass rappers can't drop
Rolex say I'm on my eighth watch; wait, stop (Yeah)
Seven-figure nigga still at the store
While my groupies eat Domino's
And my Houston hoes getting Pappadeaux's
My Dominicano 'bout to drop a load
I don't trust a soul, so a nigga drove (Rrrr)
Hit the County, I was in the hole
With some Black Stones and some Silent Fours
I'm checked in, vest in, big bounty, rapper don dada
I remember when I seen a rapper do a spot for 1-800-CRIMESTOPPERS
I remember being on the run
Smoking Swisher Sweets up in the Ramada (Yeah)
Crime lord or Vice Lord, I'm the Underground King, Godfather
Nigga, what