Big Sean - Harder Than My Demons 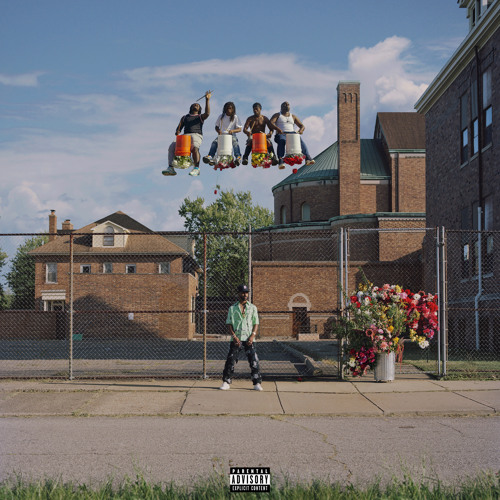 No more breaks, dawg, it's time to break hearts (Break hearts)
I don't take disrespect, I take charge (Woah)
I'm in the mirror lookin' at a work of art (Like, God)
Hard work don’t mean shit if it ain't smart (Ain't smart, ooh)
I'ma run the play up to the max (Like that)
So if I don't know you, don't owe you, I gotta tax (Woah, woah)
I got enough sense, and I slipped through the cracks (Woah)
And, nowadays, I wear my smile like a mask
I'm the idols I looked up to in my past
All natural, Doctor Sebi, you gon' have to CBD me
I been watchin' what they feed mе (Woah, woah)
I like when she tеll me with her body language that she need me (Yeah)
See my third eye is on left eye, I can't let them Eazy-E me
No sir (Sir), Ion’t even do flu shots
Clique with me everywhere I go, so every pic a group shot (Shot)
I done wiggled out the noose knot (Damn)
They been lyin' to me my whole life, I finally found the truth out (God)
Like they don't gotta love you if they need you (Woah)
Got angels and demons on a three-way (Woah)
And they ain’t comin' to no agreement
And I still be feelin' broke again, if I'm gettin' money
And my team ain't gettin' cream until we cremate (Whew)
Big headlines, I'm talkin' CNN (CNN, woah)
I see a hatin' bitch like, "Hi, it’s me again" (Me again, woah)
They like "Why you feel so good?" (Man)
I'm like "Why I need a reason?" (Straight up, straight up, straight up)
Lot of salt, lot of shade bein' thrown my way, man
I guess it's just a season (Damn, throw it)

Luther Vandross, never too much (Too much)
Now we two up, who, us?
Yeah, real ones learn the work through us (Through)
Baby girl wanna dance, wanna groove, wanna vibe
But you know my best move is the one where you end up on my side
The ground on the mountain top feel the same as rock-bottom (Bottom)
Quit my fuckin' job, that’s when the real work started
Still showed up every mornin', every evenin' of every season (Straight up, woah)
What's the reason? God got me workin' harder than my-