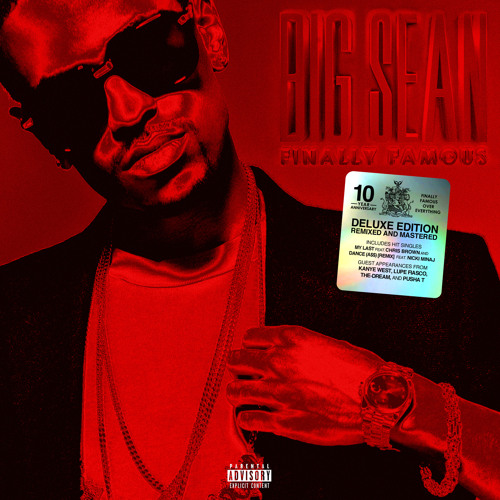 It's that D2 shit, you know
Hit-Boy


Yeah, Freshman 10
This shit makin’ me feel old, damn
I gotta go back to '010
When the best car I rode in was a old Benz (Swerve)
And new enemies was still old friends (Friends)
Honestly, I think it was around '09
The time I got the XXL cosign (Yeah)
Remember thinkin’, "I should been on the last couple years, nigga, both times" (Both times)
For the first time, felt like I was walkin' in my truth
Cold day in NYC, nervous, walkin' in the room
Bumped into the coolest nigga, Wiz, he like, "Dude
You made it here too? You know I really fuck with you
I even hit you on MySpace like two years ago, you the truth
Anyway, I'm 'bout to drop a new mixtape
Two of 'em, Cabin Fever and Kush & Orange Juice, I need you on there"
I'm like, "Shit, send it through" (Send it through)
Then I saw OJ tha Juiceman walkin' too
He like, "Sean, what it do?"
First nigga that I seen rockin’ that many diamonds and real diamonds inside his tooth
I said, "Shit, nigga, just tryin’ to be as poppin' as you" (Ayy)
He ain’t laugh, it was cool
Then they made us all stand together like we was a big-ass group (Group)
Then I seen my nigga Nipsey there in all blue (Woah)
Back then, niggas thought he talked and looked just like Snoop, damn
I'm just lookin' for this new nigga that Hov' signed
Some nigga from North Carolina
I heard him named J. Cole (Cole) and they said they delayed his flight
So they gotta Photoshop him in, I hope that shit look right (I hope it right)
Goddamn, Freshman 10
The funny thing about bein’ next up is that shit, you'll never be next again ('Gain)
Got my foot in the door, been steppin' it up ever since (Since)
Crazy how some of the longest, most stressful days of your life
End up bein' the times that you wish you could live twice
Only two mixtapes in, but in my city, one of the realest, though
And at that time, niggas peep niggas was stealin' flows and buildin' off it (Off it)
And at that time, that nigga Ye was like, "Dre, I'm just tryin' to make them Ms off it" (Ms)
Later that night, I hit the stu' with Nip' and Wiz
French Montana too, but he wasn't on the cover
I mean, at least not ours, but they put him on another (Another)
And to sum up the whole night, I get back to the hotel, few doors down
It was Jay Rock, he said, "Today was wild, shit
But let me introduce you to my young dawg, next up, named K. Dot" (K. Dot)
Who woulda thought? It's crazy memories, our gems our mind keeps in the vault
My, how life can change in on year?
Okay, but what about ten? I guess I'll check back in, what up?
Yeah, huh, you know, freshman ten
I know some niggas made it and some niggas didn't (Didn't)
That's the realest reality we all hate hittin'
But love to the whole clique (Clique)
'Cause we got a platform that most don't get (Get)
So shoutout Nip', Wiz and Cole (Cole, who else?)
Shoutout Pill and OJ too (Yeah)
Gangsta Gibbs for Sean Don and Jay Rock, too
Real shit, I think we was the best class that ever came through (Through)

Huh, freshman ten
I remember my graduatin' class in like '06
And I remember between then, and, you know, to the XXL cover
Them was prolly some of the hardest years of my life
'Cause a lot of my niggas, a lotta, you know what I'm sayin'
Just, everybody around me was in school, goin' to college, gettin' jobs, whatever it was
And I was just still chasin' that dream, you know what I'm sayin'?
I just remember havin' to record in my niggas' basements
You know, settin' up the mics in our fuckin' closets and the bedroom
And, just like, goin' in
And all them listens, even though I had the deal from Ye, which was a blessin'
It was like, shit, Ye was Ye, so he was busy
You know, shit was a little stagnant
But in them four years, when my niggas was graduatin', you know
That was the same year that I got the XXL cover
So in a way, it was like, that was my college degree
You know, all the mixtapes, all that grind, all the hard work
That was like my, my first degree, you know what I'm sayin'?
So I just appreciate the whole process, the whole journey
Lookin' back, I wish I woulda lived in the moment more, but
I guess that's what memories are for
Big Sean
Hottest Songs