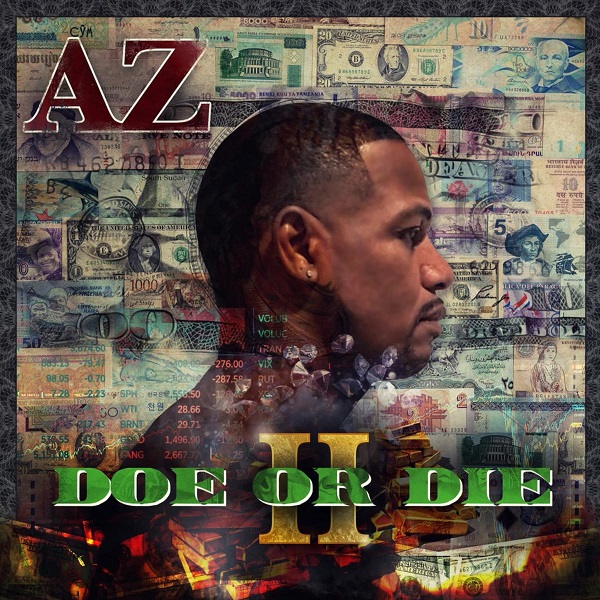 Give Rating
Listen to the official audio of "The Ritual" by AZ featuring Conway The Machine & Lil Wayne.

It's not a performance, it's a ritual

When I rhyme, it's like the city is mines
Play who? No label ain't give me a dime
Came through like if you grateful, this how you really should shine
Flooded Jesus in that grey coupe at the grittiest times
They know me
Since '96, wrist was lit with a Rollie
Speak of bricks? Been in the mix, ain't shit you can show me
A king occasionally seen, stay in the wings
Success'll be when you closer, your folks sprayin' them things, in new Celine
The Louis mask over the grill
Do thе math, ain't gotta ask, nigga, hold 'em, for real
The omеn is sealed, I'm pardoned
Back sucker duckin' and dodgin'
Fire spitter, who could fuck with the arson?
I'm neutral, never frugal, salute you if the feelin' is mutual
Play cuckoo? Niggas comin to roof you
The true school, the vet and the ghost involved
Out of respect, still connect with the older gods
It's no façade, I rep it
My style is perfected and epic
Not a blemish, let me finish my breakfast

Look what I did to the pot
Look what I did to the block
Bust the Presi band, fuck it, look what I did to the watch
Look what I did for the game
Look what I did when I dropped
My album kicked in the door, niggas thought was forever locked
I woke them niggas up out they sleep
Bum ass niggas was goin' broke in the Projects tryna figure out how they gon' eat
See how they gon' speak on me, they know I'm constantly bodyin' beats
Best to come out of the East since 'Bron in '03 (Talk to 'em)
Machine inspired y'all, I fired off first
The last year numbers alone, I can retire off merch (Facts)
My jacket is , uh, diamond cross
They say I'm a risin' star, the PJ to fly across Earth (Uh huh)
These are the perks
Require hard work but I acquired more worth
My niggas built the empire off perch (Wooo)
That's fish and my niggas had bricks of it
Fuck this rap shit, we still good for cookin' pies like a brick oven
Rick Orange trench on, my wrist flooded (Hah?)
Put that drip on and your bitch love it
Goyard prints all on my bitch luggage
My neck lookin' like I did Will Smith numbers
I'm gon' be runnin' shit the next six summers
Machine

Uh, okay
All my blunts thin-skinned
I smell like pussy, money, weed, where is the incense?
I like my drugs intense
Make her pussy lips give my dick a hug and kiss
Finger fuck then fist
I make love then cents
I make her friends kiss
But she don't let 'em kiss me, she make her friend sick
I make money make money, I make ugly taste lovely
I make money in my sleep and deposit what I wake up with
Got the Draco on, the Gat' with the longtail in the back
I might break my arm pattin' my own self on the back
Break the bank like I break the backboard, they call me Shaq
The Feds tried to book me, found out that book was an Almanac
Call me back tomorrow, baby, I'm busy, the work continues
I eat rappers alive and ask for the dessert menu
After the church, send you the casket and dirt hit you
The Nina gon' give you head right after she flirt with you
Wayne, nigga
Put some straightenin' on my name, nigga
Gang, nigga
My track record like a train, nigga
Young Money, let the moolah burn, drip like Lubriderm
I was bumpin' AZ and The Firm when you was a worm, nigga

It's not a performance, it's a ritual (It's a ritual)
AZ Conway The Machine Lil Wayne
Hottest Songs