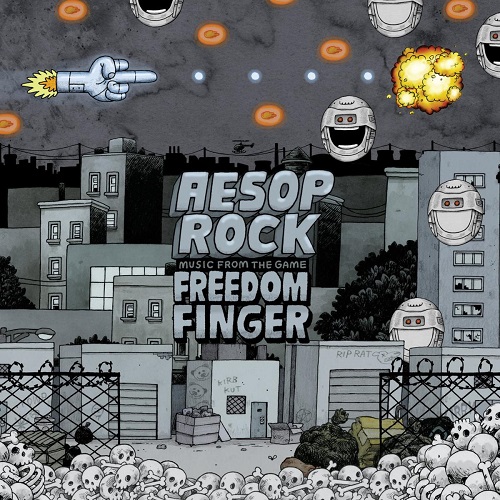 Bat shit, I'm bat shit, my ships crash, my zag zig
I'm all whiplash in that black tint, black ash on my flag pin
I go zip zap, and y'all back spin, y'all spacecrafts call mayday
I like tailspins when they back lit, and cats scrambling for that safe space
He plays defense around dead zones, next up to cold explode
Rest up, I go death punch, it rains F'd up UFOs
I throw episodes in all star maps that get veterans to bring barf bags
It bring hellfire and little party hats for those parting ways with they tarmac
Blast off and get waxed off, these saboteurs are like pack dogs
I might shoo 'em off and they boomerang, line 'em up and illuminate
It goes ooh and ah, and you too late, we got a failure to communicate
In my rearview's a little planet earth, and my calendar is straight doomsdays
Fuel up and I steamroll, you better moonwalk when that screen scroll
I feed castaways to these gamma rays and my handshake is all sleeper hold
Ease in and get heave-hoed, with no easy mode and no foul play
Bounty hunters get found out, power up or get outpaced

Ease awake at 3 AM
He found freedom in the mayhem, amen, amen
Give me a lost world to locate
Get ghost with folk who don't obey, okay, okay

Time is not being a good friend, smoke is being a good bookend
I'm no joke, I only go full send, don't poke at the pure bred bullhead
Dog fights that call for old fight songs, start crossing names off the flight log
Might light cigars off the fire ball, we are well past any kind of dialog
Warfare, I don't war fair, I like rocket fuel in my morning air
I like red buttons under iron fists, and my stunt doubles like, "I quit"
The kid three-sixty all side-eye, and pluck wild geese from that twilight
I go hyperspeed, and can't drive for shit, I just bob and weave when y'all skydive
Lights blink and my screens glitch, if I lose it all, I ain't need the shit
I call bombs away, it turn mobs away, you're all, "Die alone," I'm all, "Not today"
We go eye for eye around pale moons, fighter pilots find Jesus
I don't tread soft with that special sauce, see you was better off in some mail room
Dumb luck and no late pass, I get gussied up and I gate crash
I'm playing laser tag in plain stupid odds, tag my name on they fuselage
Outlier in the main event, I keep downsizing y'all's data set
Infiltrators get checkmate, it's maybe best to just play dead

Ease awake at 3 AM
He found freedom in the mayhem, amen, amen
Safe and sound out the crash site
Life forms that refuse to flatline, that's right, that's right