D Block Europe - The Blue Print - Us Vs. Them 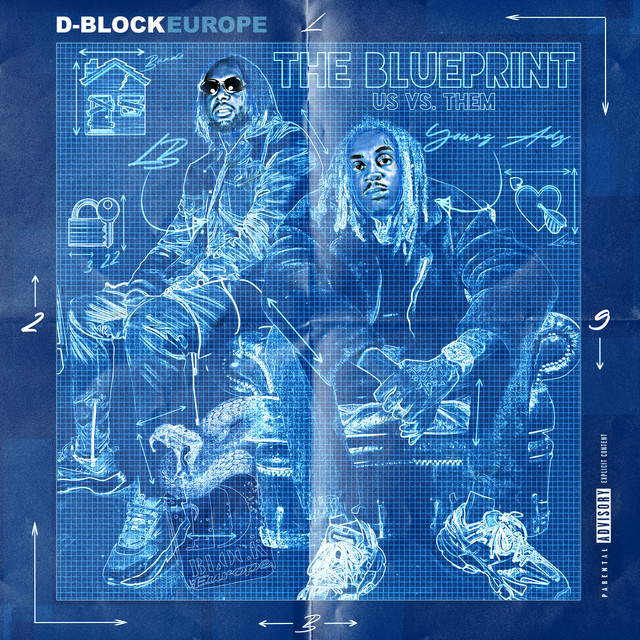 Give Rating
Many UK artists are seemingly afraid-or even ashamed-to admit they take influence from across the pond. But not Young Adz and Dirtbike LB. The south London pair, aka D-Block Europe, wear their Stateside influences proudly-a habit honed ever since Jadakiss first tried to sign Adz when he was just 15 years old. And on The Blue Print - Us Vs. Them-billed as D-Block Europe’s official debut album-they lean in as hard as possible. In lieu of grimey square waves, 2-step bounce or the swinging rhythms of Afrobeats, the duo look to the influence of Young Thug, Lil Wayne and Gucci Mane (after whom they named one of the songs on their 2018 mixtape with Yxng Bane) to deliver rolling trap 808s, molasses-like Auto-Tune melodies and melancholic tales of escaping street life.

D-Block Europe also get honest-giving way to more moments of reflection than their fans might expect. On “Proud”, for example, Adz meditates on fatherhood, pushing himself harder to provide for a daughter he rarely sees, while elsewhere, he hints at struggles with mental health. This may technically be D-Block Europe’s first album, but The Blue Print - Us Vs. Them is also their fourth full-length project in only 12 months, and arrives after a 2019 that saw one of UK rap’s hardest-working acts put out more than 150 tracks. (That was on top of the bank of unreleased music they sit on, all of it freestyled and recorded with a tireless approach that doesn’t pause for writing sessions.) “We say what we want to say, when we want to say it, as it happens,” Adz tells of that ferocious work ethic. “And obviously, if you record over 1,000 songs, it’s just natural that you’re going to progress because practice makes perfect, right?” All of which inspired the 29-track album’s title. “We are the blueprint,” says Adz. “Whether it’s down to sound, visuals, behaviour, fashion-whatever you want to look at-we built a whole blueprint. There’s people out there who don’t know why they do what they do, but they’re still doing it. They do it because of us. They’re literally using our blueprint.” Join D-Block Europe as they talk us through some highlights of that ambitious road map.
Tracklist
1 Destiny
2 Birds Are Chirping
3 Cartier Rings
4 Shame On Me
5 Top Thai
6 Michelin Star
7 We Won
8 Mr Mysterious
9 Perkosex
10 Last Night In Marbella
11 Proud
12 All The Time
13 Plain Jane
14 Whistle
15 Codeine & Fashion
16 Drunkfxckstupid
17 Last Night In Paris
18 Table Manners
19 UFO
20 Blessed & Destined
22 Gulag
23 Tutorial
24 Seashore (feat. SRNO)
25 Big B
26 Only Fans
27 Free 22
28 GS9
29 Pure
D Block Europe
Hottest Albums 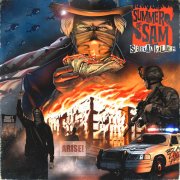 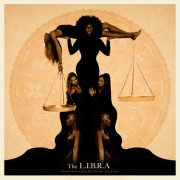 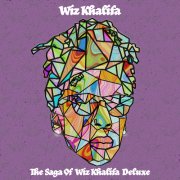 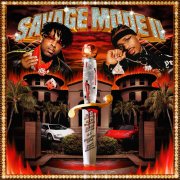 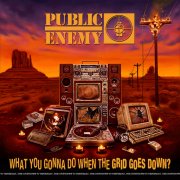 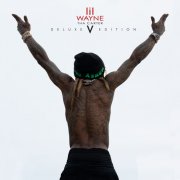